Like most people my age +- 10 years I am concerned about my parents and their quality of living and my in laws are no different. In fact my father in law is 10 years older than my parents and my mother in law, so this has been a long time coming. We need to move them out of the home they raised their children in and into a home that does not have stairs or regular upkeep that is dangerous for them to manage. Moving your parents or (in-laws) into condo living out of their large family homes is ‘right sizing’ not downsizing.

Don’t call it downsizing call it rightsizing. No one likes the idea of downsizing when it isn’t his or her choice. Figuring out how to creatively spark the conversation that your parents or in laws need to move out of their four bedroom home into a one or two bedroom condo is not for the weak!  My husband and I have been trying for years to find the ‘right’ place that we could approach his parents with to win their approval of a new home for them. Making the move sound and seem as positive as possible all along the way. 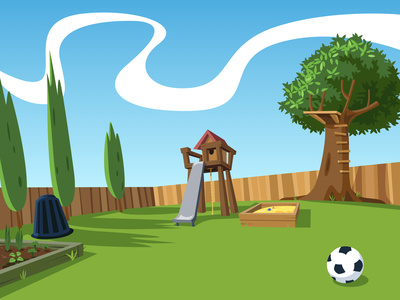 Maintaining a house with stairs a big backyard and more space than you need for two people is tiring. It is even harder when your health isn’t on par. My father in law has been having balance issues, so stairs are a big concern for my husband for his father. My mother in law has bad knees and also has trouble with stairs, so getting them to move out of their home with a full flight of steep stairs into their basement has been a priority for my husband. Just as I sit here and write this article, he was leaving our house before work to rush over to his parents because his mother fell and could not get up. Moving them into a home where they are safe has moved up on the priority list again.

Within the last 3 weeks my father in law fell while mowing the lawn, luckily the lawn mower shut off before it toppled over on him. My mother in law fell in their garage and took a while to be able to get up, yet refused help from my husband. Their generation takes pride in being able to do things themselves, and asking for help is not easy I get it.

My parents were much easier to move. My mother was already caring for her father; my grandpa and she knew he needed a one-story home. She and I were talking about how to make the move and she asked how to handle it financially. I told her she had enough money in her retirement she could pay for the condo in cash. She would get hit with an early withdraw penalty, but paying cash for a home where her dad would be safe was worth the fees. I simply emailed my mother a few links to condos in the area I thought she would like, and she liked one enough to buy.

However my parents still have NOT sold the other home, the home I grew up in. With 3 levels and seventeen rooms it became a giant storage unit for all my grandparents’ belongings that my parents held on to over the years. So we are still on operation ‘right sizing’ a decade later. So it is never too early to start helping your parents unload the ‘stuff’ they have saved up over the years.

Putting Your Parents on a Budget

While my parents both are still working and with two incomes are able to handle covering expenses for both the condo and the empty home it is not a good investment to hold on to something that someone else might find value in it while you are still paying bills for it to sit empty. That is the price my parents are paying for the nostalgia of the empty home where they raised their family.

My in laws are on a tighter budget. My mother in law does work full time, but my father in law is semi retired and works part time here and there.

** Update my mother in law did not fall out of a chair, but her knee is still super messed up and she is on the way to the hospital to be checked out **

So my in laws are not on a budget, with her limited income and my father in laws social security checks. My father in law has been finding creative ways to make ends for years now and it is starting to catch up to them. So working with them on their finances and learning how to put them on a budget has also been a challenge.

How can you force your parents to live within their means? You can’t. You can put all the information in front of them, but until the credit card companies quit allowing them to have more credit they will continue to use it.

Earlier this month, we did it; we finally found the perfect condo for my in laws. We went to the open house to check it out before to look for all the little things that my mother in law would say wasn’t good enough. I had my plan for how I would overcome any of her objections. It was perfect! My husband was working, so I toted our 2.5 year old to my in laws to pick them up to take them to look at three condos. The first one I knew they wouldn’t like, but I wanted to give them perspective first. This is super cheap, you could live here, but you do won’t want to be it doesn’t have X Y Z. Surprise to me, they were babysitting two of my nephews too, so we were a full car going from condo to condo.

The second condo I thought was decent, but it wasn’t the ‘ONE’ I was prepared to sell them on. They didn’t like it either, which I expected. The last one was good. We spent the most time in it and I could see my mother in law seeing how she would put her furniture in it. I did it! We got them interested in a condo! That only took like 2 years! 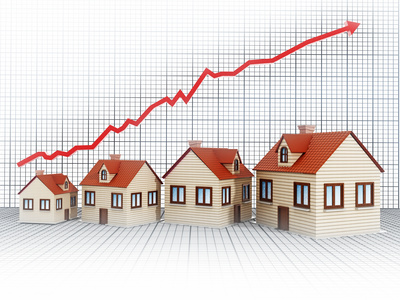 We even got them to make an offer! However, we told them to offer $116k and they offered $114k for whatever reason… and lost out on the condo. The housing market is HOT and you need to make your best offer FIRST and be ready to deal if the sellers counter. So we are now continuing our search for the next perfect condo, but with these health issues and falling we are a bit more desperate than we were before.

We have been aware of their finances for a while and know that they need to be on a budget. My husband put together all of their bills together and went over their situation showing them where they can cut back, but at the end of the day, they still are over budget in their current situation.

We drew up a budget for each of the condos we showed them, knowing that one of them wasn’t going to be the condo they wanted, but maybe it would be the budget they wanted! In each budget we showed them their equity in their home and how it would be applied to the new condo and what was left to cover other expenses. One thing we stressed is that the budget will be presented at the best light currently because with my mother in law soon to be at retirement age, she will likely start collecting her social security immediately and may be able to continue working part time to help cover the gap of bills. However my father in laws income is only the social security that is received now.

Retirement: Unexpected Expenses While on a Tight Budget

We have stressed that their budget is very important to how they will make ends meet over the coming years. One of the concerns is any maintenance in their new home without knowing the history behind the appliances or home systems. The cost to cover a home warranty is minimum and much easier for them to budget for $30 a month rather than repairing or replacing a refrigerator, stove, ac, etc. It will be stressful enough for them to uproot themselves from their family home, sell possessions to right size and get used to a whole new routine in life. Dealing with unexpected expenses is an easy stress to avoid by having additional coverage outside of your homeowners insurance. Plus when you switch from homeowners insurance for a single-family home to a condo, the premium is less expensive, and fitting the home warranty expense into the budget will be easier.

** Update – my mother in law is at the hospital via ambulance. She is complaining about how the ambulance might have hurt her lawn and that she had plans today and is going to miss them now. So she is ‘fine’ but the search continues to find them their next home.

This is the blog section of ReviewHomeWarranties – the ultimate guide for home warranty reviews in the U.S.

Click here to go back to the main site.

Our Video Guide Series: How to Change Air Filters?

Most popular states for home warranties