America is home to some of the most extreme weather on the planet. Spring brings violent thunderstorms that spawn an inordinate number of tornadoes in the Great Plains and Midwest.

The extreme heat of summer can soar past 120 degrees in the Southwest, while oppressive humidity in the South produces feel-like temperatures that reach into the triple digits on a regular basis. 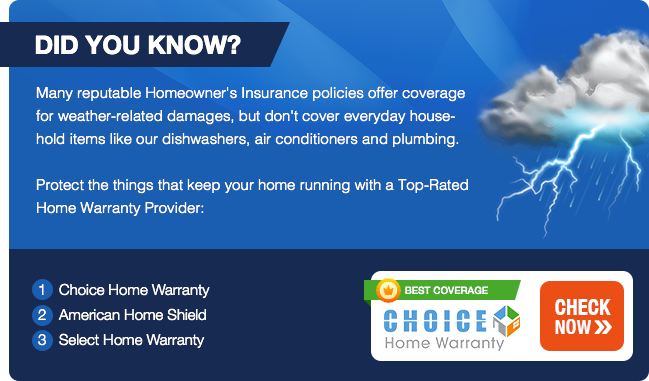 In Fall, the bathtub-warm waters of the Caribbean, Gulf of Mexico, and the Atlantic Ocean create the perfect environment for the development of major hurricanes. Most stay out to sea, but some make landfall, causing considerable to catastrophic damage.

Winter is no better, as New England and the Mid-Atlantic States get winter cyclones known as nor’easters. Famous for dumping massive quantities of snow, shovelling out after these events have been known to trigger heart attacks in vulnerable people

No matter where you live in this country, the weather can pose serious issues for homeowners. In this article, we’ll profile ten cities that experience some of the most extreme weather in America, and how to protect your house from these conditions.

During the dog days of the summer, people often joke about it being so hot, they could fry an egg on the sidewalk. During July in Phoenix, you actually can. It is the hottest major city in the US, as it experiences an average of 107 days per year with temperatures above 99 degrees. June 26th, 1990 saw its hottest day, when the thermometer peaked at 118 degrees.

Why is it so bloody hot there? Start by thanking the Laguna Mountains, as they block Pacific Ocean air from moderating temperatures. Its position in a valley bottom also plays a role – air at lower elevations is more dense, helping it to retain heat better.

The abundance of asphalt and concrete in Phoenix only adds insult to injury. These surfaces trap sunlight as heat and are slow to release it at night.

The chill of a winter’s night makes us all long for warmer days. Now imagine this persisting for more than half the year. That’s the reality faced by residents of Fairbanks every year. With nights that last as long as 20 hours during the Winter Solstice and its proximity to the Arctic, this Alaskan city is easily the coldest in America.

In January, the average low reaches 17 degrees below zero. What about the coldest temperature ever recorded here? Minus 66 degrees – ouch.

Many Americans love a little snow around Christmas, as it helps sets the tone for this joyous holiday. At the time December 25th rolls around, though, some residents of Marquette, Michigan would likely trade the white stuff for 86 degrees and sunshine.

Thanks to its position on Lake Superior, it is subject to lake effect snowfalls starting the moment temperatures get cold enough to change fall showers to snow squalls. It lasts through the winter (unless Lake Superior freezes over), dumping 10-20 inches or more per 24 hours.

When you add in the snow that other systems dump, Marquette gets an average of 110 inches of snow per year: 110 inches.

Looking for a bit of sun on your Hawaiian holiday? Consider limiting your time on the Big Island. Located on the windward side of mega volcano Mauna Kea, Hilo gets the most rain of any city in the US.

Constant trade winds lift moisture from the open Pacific up the side of this mountain, creating rainy conditions an average of 272 days per year. This gives the small city an average annual rainfall of 126.69 inches per year, with 19.5 inches being its record 24-hour rainfall.

While Seattle may not hold the record for rain, it makes up for it with another aspect of its weather – its chronic lack of sun. Seattle is the cloudiest city in America, recording 226 days per year of heavy cloud cover.

Fortunately (or unfortunately), many of these days occur consecutively during the winter. Make it to summer, and you’ll be rewarded with periods where the sun can shine for weeks on end.

The South is a horrendously sticky place to be in the summertime. While most centers are prickly during this season, New Orleans takes the crown for excessive mugginess. According to historical data, the Big Easy has an average reading of 75.9% during mid-afternoon hours

Excuse us while we empty out the dehumidifier for the fourth time today.

Tampa gets more direct sunlight than other places in America, making it a popular sun destination for northerners. However, in summer, this creates a considerable amount of heat that destabilizes the atmosphere. Pair that with moisture and breezes coming off The Gulf of Mexico, and you have everything you need for near-daily thunderstorms.

On average, this Floridian city sees lightning 83 days per year. Enjoy your golf game here – just be sure to always keep an eye on the skies.

Every Fall, cities up and down the Eastern Seaboard watch the development of tropical systems with unease. Citizens of Baltimore have an especially good reason to be leery – their city has been affected by tropical systems no less than 121 times since 1950.

Just moved here? Build a storm kit before a hurricane knocks on your doorstep.

Let’s provide a bit of context first – things used to be MUCH worse before the days of emission regulations. Even with strict laws these days, though, the enormous amount of people living in the city of Angels means O3 pollution is still a problem on many days throughout the year.

Compared to the rest of the nation, LA has the highest number of ozone days per annum with an average of 124 days where pollution reaches dangerous levels for those suffering from respiratory illnesses.

While Fargo lacks hurricanes, big city pollution, heavy rainfall/snowfall, etc, it does have the biggest temperature range of any city in America.

With an average high in January of 18 degrees and 82 degrees in July, roads and the reliability of home construction are both put to the test in Fargo.

What impact do these conditions have on home systems/appliances?

What do these conditions mean for your home? Hot, cold, humid, and other climatic conditions can impact the integrity of your house in a myriad of ways.

Subsidence can be a problem if a heat wave hits after a period of wet weather, It is caused when hot air dries out clay soil, shrinking it. This can compromise poorly-built foundations, leaving cracks that can threaten its stability.

In places like New Orleans and Houston, excessive humidity can lead to condensation in walls, mechanical systems, and flooring. If left unchecked, this can cause an outbreak of mold and/or mildew. This dampness can also infiltrate poorly-sealed electronics, damaging delicate inner parts.

Think you’re in the clear because you live in bone-dry Phoenix? Not so fast – excessively dry conditions can create the ideal environment for the formation of static electricity shocks, which can also irreparably damage electronics like computers.

In cold weather climates, pipes that are not adequately protected may freeze. The resulting ice expands against the metal/PVC housing, which can result in its failure, causing extensive damage.

Don’t forget to clear your roof or gutters of snow, either. Excessive snow can cause poorly-built roofs to buckle and fail under its weight, while gutters filled with meltwater will push unfrozen water under the roof when it starts to freeze at night. This can cause considerable damage when it re-freezes, and when it melts again.

This is the blog section of ReviewHomeWarranties – the ultimate guide for home warranty reviews in the U.S.

Click here to go back to the main site.

Our Video Guide Series: How to Change Air Filters?

Most popular states for home warranties